Lucía La Piñona, the flamenco dancer who danced for Armani 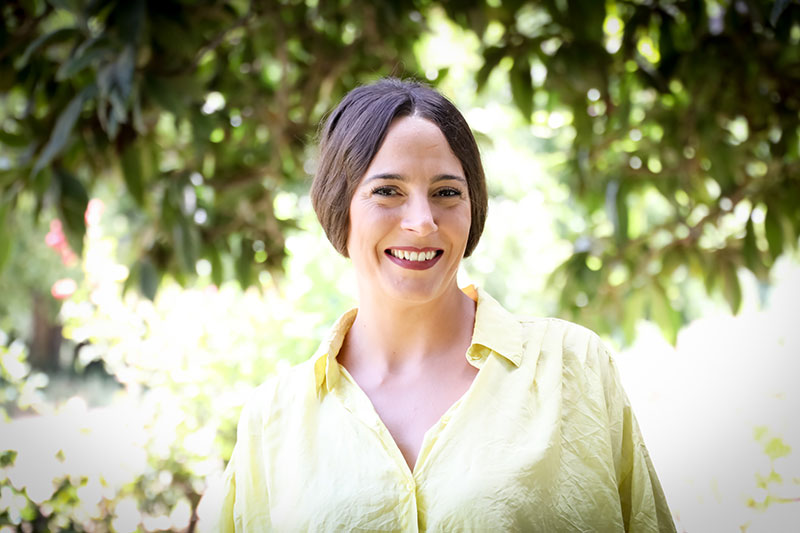 The bailaora from Cádiz premieres at the Seville Flamenco Biennial a show focused on the figure of Juan Manuel Flores, a bard who died in 1996 and whose figure was brought out of obscurity by an Italian philologist in 2012.

Lucía was born in Jimena de la Frontera, a small and bright white town in Cádiz where its inhabitants make and eat piñonate, a dessert made with nuts, eggs, brandy, honey, cloves, cinnamon and sesame. From that tender and sweet pasta came La Piñona, the nickname by which the 35-year-old bailaora is known in the artistic world who appears in the advertisement for My way, the latest fragrance by Giorgio Armani. In that spot, starring the Puerto Rican actress Adria Arjona, Lucía Álvarez put the dance and Andalucía, the landscape, since the sequence was shot at the end of 2019 in the Sevillian town of Marchena.

Time helps to deepen it and if 25 years ago the Italian designer fell in love with the art of Joaquín Cortes and his stamp and put it on his catwalks, on this occasion, his team opted for a less mediatic, but more profound dancer. Because since Álvarez began his solo career – in 2012 with Un granito de arena, after having been part of the Andalusian Flamenco Ballet or working for colleagues such as the last Max del Público Award, Manuel Liñán – he has decided to tear off some veils. The last one will be raised on September 20 at the Seville Flamenco Biennial, a key event in the jondo calendar where Abril will premiere, a work that recovers the figure of Juan Manuel Flores, a poet whose verses appear in many of the songs on the first albums of Lole and Manuel.

“I have focused on the poems that they did not sing because Lole and Manuel already did it in an unrepeatable way. But yes in the universe that Flores created, a man with whom I would have fallen in love had I been able to meet him ”, the artist tells about the poet, who died in 1996. La Piñona confesses to Vanity Fair that part of the process of April’s creation was to write to him letters to that writer whom he unwittingly removed from the shadow, Marianna Maierú, an Italian who arrived in Seville in 2012.

“I was studying Spanish and Russian Philology but I also danced flamenco and a colleague encouraged me to get into‘ that poet ’who wrote lyrics to Lole and Manuel”. In this way, he began his final thesis, entitled Following in the footsteps of the poet Juan Manuel Flores between Seville and Triana. The scholar, Genoese by birth, admits that she did not know where she was getting into at the time: “It changed my life because she got me fully into flamenco and her family, but also in a city, because the work was purely anthropological: I had to go from street to street looking for him, without references. It sounded familiar to many people, but there were even those who misjudged the name and called him José Migue! “